Want to escape the monotonous life or need some break then move to the city of Pensacola for a few days. The city offers many of the best things to do in Pensacola that revolve around its beaches and its military base. The city is well-known for its National Naval Aviation Museum and the Pensacola Lighthouse. These both attractions are located on a military base with history.

Explore the city of beaches Pensacola area which has numerous shorelines are another major draw. In addition, dive into Pensacola Beach or stroll the Gulf Islands National Seashore with Spirit Airlines booking.

10 Best Things to Do in Pensacola:

People must begin their vacation on this awesome beach famous as Pensacola Beach. The beach outlines the Santa Rosa barrier island and offers visitors two very different beach experiences. From the Gulf side, visitors are treated to unparalleled Gulf Coast views. This site also has a powdery white shoreline and emerald waters. The island’s beaches are known as Pensacola Beach, but there are also names for the slighter strips of sand therein.

The most famous site in the city is the National Naval Aviation Museum. here, you can find the Naval Air Station (NAS) Pensacola which was founded in 1914. This station is the oldest air station in the country and it’s a rite of passage for all aviators and naval flight officers. Also, the museum has exhibits that have more than 150 preserved aircraft. Come here to see the exhibits that showcase the people and events that defined aviation history. Above all, the NAS Pensacola is also home base for the Blue Angels, which is a demonstration squadron perhaps best known for its truly awe-inspiring aerobatic maneuvers.

One of the most enchanting places to visit is the Historic Pensacola Village. This village is a more than 8-acre complex encompassing nearly 30 properties (11 of which are open to the public). Some properties are built in a range of architectural styles, including French Creole and Folk Victorian.

Have you heard about the Pensacola Lighthouse? This lighthouse was established in 1859. However, these days, this lighthouse serves as a history museum. in addition, you can get a tremendous view of the Gulf Coast. Also, this place is list on the National Register of Historic Places. You can climb the lighthouse’s 177 steps to take in the incredible vantage point. Don’t forget to take a peek inside the old keeper’s quarters which is now called the Richard C. Callaway Museum. above all, people can know the history of the lighthouse itself.

Book a seat to visit the park that sits across from Perdido Key and is about 5 miles northeast of Perdido Key State Park. The Big Lagoon State Park greets visitors and wildlife alike with ample outdoor space – more than 700 acres. There are many activities available here that include boating, fishing, camping, and hiking. Also, some birders appreciate the park’s diverse feathered inhabitants.

Adore the migratory birds that stop by in the fall and spring with a Spirit airlines ticket.

Come to the Historic Pensacola Village which is a more than 8-acre complex encompassing nearly 30 properties. In this, there are 11 properties out of which are open to the public. These properties are built in a range of architectural styles. This includes French Creole and Folk Victorian. Know that this district appears on the National Register of Historic Places. For instance, properties like the Lavalle House, the Lear-Rocheblave House, the Dorr House, and Old Christ Church, are present here. The Old Christ Church is one of the oldest surviving church buildings in Florida. Book best seat on the flight Spirit Airlines Booking.

Another site to visit is this undeveloped and preserved stretch of sand and sea in the Gulf of Mexico. This seashore reaches Cat Island in Mississippi to Okaloosa in Florida.

The fort is part of the Gulf Islands National Seashore. Make a trip to explore the Fort Barrancas Area which consists of a visitor center, a bookstore, and its namesake fort. Learn here the meaning of Barranca which is a deep ravine or cliff. Also, there is no surprise Fort Barrancas sits on the bluffs that overlook Pensacola Bay. The fort was built over the ruins of Spanish, French, and British forts, and was completed in 1844. Adore the impressive feat of engineering that boasts walls 4 feet thick and 20 feet high.

For swimmers and sunbathers, this attraction can be the best. However, this site alike appreciates the uncrowded atmosphere of Johnson Beach. Visit the beach, which is part of the Perdido Key Area of Gulf Islands National Seashore. Also, the beach offers a bevy of amenities, including outdoor showers and picnic pavilions. At this beach, there are also lifeguards on patrol.

The worth-watching site is Fort Pickens whose construction began in 1829. This fort has been built by enslaved people over the next five years. It got officially completed its construction in October 1834. There is a distinctive five-walled design that allowed cannons to be mounted on all sides. In this fort, an interesting thing to see is that there are many interesting architectural features on display. Above all, the Fort Pickens Area houses the namesake fort, as well as the Fort Pickens Discovery Center, Langdon Beach, and Gulf Islands National Seashore.

So, guys what is your opinion of this stunning city? aren’t you feeling excited about your tour? Book tickets and make sure you use the Spirit airlines Seat Selection to have the best seat on the flight. 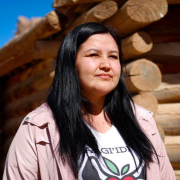