Best Cities in North Carolina to Live in and Visit

Near Raleigh in Orange County lies the town of Chapel Hill. The 58,800-person town is also a part of the renowned Research Triangle, making it one of the top locations to think about if finding a place to live in North Carolina is important to you and education is one of your top objectives.

According to Niche, which placed Chapel Hill as the third greatest city to live in the Tar Heel State, the public school system is excellent, earning an A+ rating. Moreover, the University of North Carolina, the headquarters of the Carolina Tar Heels, is also located in this region. Also, it is the longest-running university in the United States.

The small-town atmosphere of Davidson, which is 20 miles north of Charlotte, has easy access to the state’s largest metropolis.

The community takes pleasure in its “feeling of community”. This is, in our opinion, one of the main factors for relocating to North Carolina in general. It’s also a great-sized town for children, elderly, and college kids with a population of almost 13000. Do not miss out on Southwest Airlines $29 sale as it’s a sign for you to take this amazing vacation.

Furthermore, the historic center of Davidson was designed with bikes and pedestrians in mind, with everyone’s safety and convenience in mind. This makes it one of the best places to live in North Carolina.

People who want to relocate to the greater Raleigh region frequently choose this community as their new home (also the tech crowd that the Research Triangle brings into the state).

Morrisville is located west of Raleigh and to the north of Holly Springs, Apex, and other well-known Raleigh suburbs.

A major selling feature for this town is its incredibly convenient Triangle location, but there are other advantages as well. Young people and some of the greatest public schools in the state may be found in Morrisville. one of the top 10 districts in the state, the Wake County Public School District.

Greensboro is one of the “Triad” cities in the state. Furthermore, it has five institutions and a thriving arts community.

With slightly under 300,000 residents, it is the third-largest city in the state. Situated in the state’s north-central area, it is conveniently located with a 3-hour trip to the coast and a 2.5-hour journey to the Blue Ridge Mountains.

This city is a great choice for people who can’t decide between the two thanks to its centralized location.

One of North Carolina’s most stunning locations in Asheville. With a community of 86,800, the Buncombe County municipality is a magnet for nature enthusiasts. People visit from all over the country for its gorgeous panoramas. Book a Southwest Airlines flight to reach the city. And if you have any issues during your flight, make sure to call your Southwest airlines representative. They will assist you in every way they can.

If a bohemian attitude appeals to you, you will feel right at home. Asheville, which is located in the heart of the Blue Ridge Mountains, is the place to go.

Moreover, this unique city is well known for its breweries and beer, and the superb brews are attributed to the mountain streams. 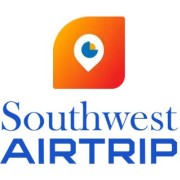 My name is Brent Jon; I’ve been working as a travel associate in a travel organization by gathering more than eight years of experience. I have countless knowledge related to travel bookings, airline rules and other amenities in the travel industry. Choose our company to enjoy extraordinary travel packages at an immense discounted rates.