Historically, the age difference between men and women has been since the beginning of human life. Age differences between older men and younger women is accepted in many cultures and marriages are arranged along similar lines. When looking for relationships, both men and women value traits like compassion and dependability, but historically, women have prioritized a partner’s status and financial resources more highly. This is primarily due to the fact that women play the role of child-bearer and must devote a significant amount of themselves to their intimate relationships. They require somebody who can help both them and the kids.

They, therefore, wish to look for a partner who will contribute financially to the family. In a similar vein, men would prefer to have healthy offspring, and biologically, younger women have a higher likelihood of doing so. Stereotypes and negative opinions such as these are often heard among family members, friends, and the media.

Women’s relationships with younger men are still considered taboo, and women are been discriminated against more based on such negative construction. Though the concept of age difference has evolved, it is still not socially constructed and accepted by many. These stereotypes might be true in some situations, but that doesn’t mean that all age-difference relationships are like that. One needs to look at the relationship in question first, and later the age of the partner. Due to constant harassment from family, friends and even strangers, many relationships that were healthy and contained love, have collapsed.

The criticisms of age-difference relationships are based on extreme cases. Older partners are accused of resenting the cradle robbery and being labelled as fooling their spouse (there is no other than a younger partner). Others say, “What can you probably talk about?”, “Can they even catch up physically?” A statement such as this is not always true, but it focuses on what the couple feels for themselves rather than the rest of their relationship. This usually causes stress in couples. It is possible for couples of different ages to share a common interest and have the same level of physical activity.

For example, a 45-year-old man may play tennis at the same level as a woman in her twenties, or both may be obsessed with classic rock and horror movies. Sure, you run the risk of losing your life experience when you enter an age-difference relationship, but you get a new experience that you didn’t have either. In this way, older partners do not repeat life experiences and younger partners can gain life experiences. In any case, age-difference couples avoid these obstacles and build healthy and lasting relationships.

Because of the couple’s appearance, one may assume that the older partner might be the younger partner’s parent. Due to this intuition, one may became so preoccupied with the age gap that they fail to see any other aspects of the connection. Parents frequently worry that if and when their young child will go for an age-gap relationship and the more mature and aged partner would take advantage of them sexually and not truly love them. However, one should consider the relationship and spend some time getting to know the older partner before making a judgement.

Numerous individuals will concede that they have been in an age-gap relationship or they know somebody has. These connections are getting to be progressively common these days and however, they still get feedback. Numerous celebrated couples both displayed and all through history were included in age-gap connections. The crevices run from less than one year to more than thirty long times. One day the media will choose them as the cutest couple and another day they criticize them, and we just go alongside it, rather than utilizing our possess minds. The feedback increments more in case the lady is the more seasoned accomplice, and they have been labelled by the media as cougars.

In general, people in age-gap relationships are often criticized, stereotyped, and looked down on. Even though they are becoming more common, have been around for centuries, and have been shown to be effective in reducing divorce rates, some people still believe they are bad for marriages. Society should look at relationships, not by people’s age, but perhaps by considering the characteristics of love between partners. By doing so, more of these relationships will become successful. Age-gap relationships should be looked at for what they are, a mixture of love and care, and not just differences in age. 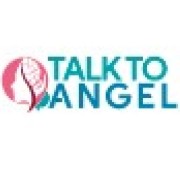